If you are concerned about travel with crochet hooks and knitting needles then this is the article for you! Traveling is such a wonderful time to pack along your knitting and crochet projects. Whether it is to enjoy your down time relaxing with your favorite hobbies or as an anxiety-reducing tool when you are stressed out, bringing your crafting supplies is always a good idea when you travel.

As a TV personality and teacher in the craft industry, I have been traveling by airplane successfully with my knitting needles and crochet hooks for many years. And I have also consulted with TSA to share the official rules with you, too. When in doubt, you can contact your airline directly, too.

The information in this article pertains to domestic air travel within the United States. If your travel itinerary involves international flights or you are in another country, please contact your airline directly for further details about what kind of knitting and crochet supplies you can bring on the airplane. Are Crochet Hooks Allowed on Airplanes?

Yes, your crochet hooks are permitted on airplanes in both your carry-on or your checked bags. As crochet hooks are not sharp by nature, they are not an item you should be concerned about packing for your next flight. If you are concerned about the metal detector at security, swap your metal hooks for bamboo, wood or plastic for the trip. However, I have never had an issue with traveling with many crochet hooks on my trips to the studio to tape Knit and Crochet Now!, and Knitting Daily TV, too. 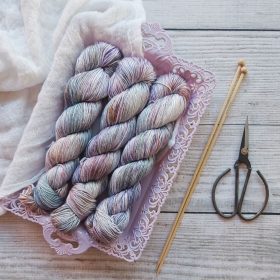 Are Knitting Needles Allowed on Airplanes?

According to the TSA website, “sharp objects in checked bags should either be sheathed or securely wrapped to prevent injury to baggage handlers and inspectors.”

If you don’t want the extra attention at the metal detector, consider traveling with wood, bamboo or plastic needles and leave the metal ones at one. However, I have never been questioned about metal knitting needles, either.

Carrying them in a dedicated knitting needle case is a good idea. I have travelled through airport security for years with many knitting needles in my carry on bag as I live far away from the studio for Knit and Crochet Now! and always travel with all of my knitting and crochet tools in my carry-on.

Are Scissors Allowed on Airplanes?

You can pack any sized pair of scissors in your checked baggage with no issues, however there is a rule for bringing them in your carry-on and passing successfully through security. The blades must be 4 inches or shorter from the pivot point, or you are not allowed to bring them. Any pair of scissors with a blade smaller than 4 in (10cm) is permissible in your carry-bag. I would suggest asking a TSA agent if they want the scissors put in a bin as you pass through security if you want to be sure. But I have never been stopped for small scissors. And I have been stopped for scissors longer than 4 in (10cm) blade. In those cases, I had to leave the larger scissors behind. But I have never had an issue with traveling with small scissors.

Are Sewing Needles Allowed on Airplanes?

Sewing needles are perfectly fine to bring in your carry-on bag but leave rotary cutters and other sharp bladed tools in your checked baggage or at home.

Are Pliers Allowed on Airplanes?

Pliers are always allowed in checked baggage. And I have traveled with pliers many times to the studio when I demonstrated jewelry making on the set of Knitting Daily TV and Knit and Crochet Now! However, there are size restrictions for pliers in carry-on bags. They must be smaller than 7 in (17cm) or they could be confiscated.

Rest assured that you can travel with crochet hooks and knitting needles! Where will travel next with your knit and crochet projects? 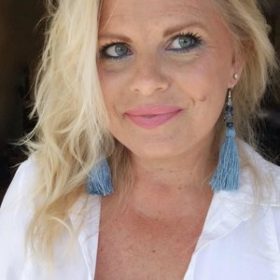 Kristin Omdahl is the best-selling author of dozens of knit and crochet books; designer of almost 1000 knit and crochet patterns; and producer of award-winning videos. You can join Kristin LIVE 5 days a week for The Kristin Omdahl Show on YouTube and browse through thousands of tutorial videos there, too. Kristin donates a portion of every sale to help survivors of domestic violence. Learn more about Kristin’s charity, Project Kristin Cares HERE.

Browse previous episodes here: The Kristin Omdahl Show Playlist. Make sure to subscribe to my YouTube Channel to get reminders when the next episode airs LIVE.

Can You Travel with Crochet Hooks and Knitting Needles on an Airplane? by Kristin Omdahl